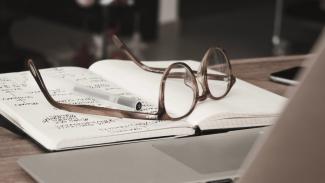 As part or our research process here at S.R. Schill & Associates, I regularly follow several news sources and publications to stay abreast of news and research that could have an impact on the economy and financial markets. One of these publications is Barron's magazine. This past week's Barron's ran an article about a recent interview with Ed Yardeni, which I believe is significant. Who is Ed Yardeni you might ask? Yardeni is an economist and market strategist who has been at his trade for over 40 years. I started following Yardeni when I was a securities analyst at SunLife in the late 1980s and Ed was then an economist/strategist for Prudential. I think he is one of the best market/economic strategists I have seen over the years and I value his opinions so highly that I wanted to share a few highlights from this interview with you, our clients. While our investment committee at SRSA does make the ultimate strategy decisions in managing your accounts, opinions of well-respected strategists like Yardeni are helpful to us and valued.

First, the good news is Ed is bullish on the U.S. stock market (which he has been for some time) and has a 12-month price target on the S&P500 of 5,000, about 11% above today's level. There are several reasons for his optimism. First, the combination of Federal Reserve and federal government stimulus programs since the start of the pandemic have injected unprecedented levels of liquidity (money) into the financial system. This liquidity has not all been spent and what remains is about equal to a year's worth of GDP (gross domestic product). In Yardeni's view, this should maintain a high level of liquidity which he expects should keep interest rates low and boost growth, earnings, and stock prices. Also, industrial backlogs remain high which supports a high potential for further economic growth and higher corporate profits (the primary driver of stock prices). With regard to inflation, Yardeni is in the camp that inflation will be transitory and will not turn into a 1970s-style wage/price spiral. This is due to what he expects will be a massive productivity boom over the next several years. Yardeni believes productivity, now running about 2%, should increase to about 4% and should support non-inflationary economic growth. He points out that the biggest contributor to the 1970s inflation was a collapse in productivity.

It is comforting in my mind to know that an excellent strategist such as Yardeni is in our camp regarding the positive fundamental outlook for the U.S. economy and stock market. And while Yardeni could well be correct about his 5,000 target for the S&P, there will undoubtedly be intervening volatility on the trek to 5,000. In this regard, it is important to keep in mind that 1) market corrections of 5-10% are totally normal and typically occur about 2-3 times per year, and 2) your portfolios are diversified to help mitigate the inevitable volatility of the financial markets.