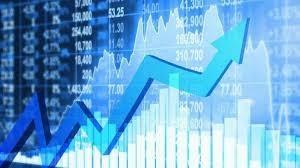 A market strategist who I hold in high regard recently issued an interesting report discussing the disparity that has developed in the valuation of stocks of companies that generate above average return on equity (ROE) and companies that generate only average ROE. ROE, or net income as a percent of equity capital, is an important measure of a company’s capital productivity. The report showed that over the past 30 years, companies that generate above average ROE have been garnering higher stock valuations while those with low or average ROEs have not experienced a material change in their valuation. This makes sense as companies with high ROEs tend to be either faster growing or generate higher free cash flow, or both. This study would also imply that higher stock valuations in general are not necessarily a bad thing or portend an inevitable market crash but rather investors are voting with their wallets to allocate capital to companies that are more likely to generate superior long-term shareholder returns.